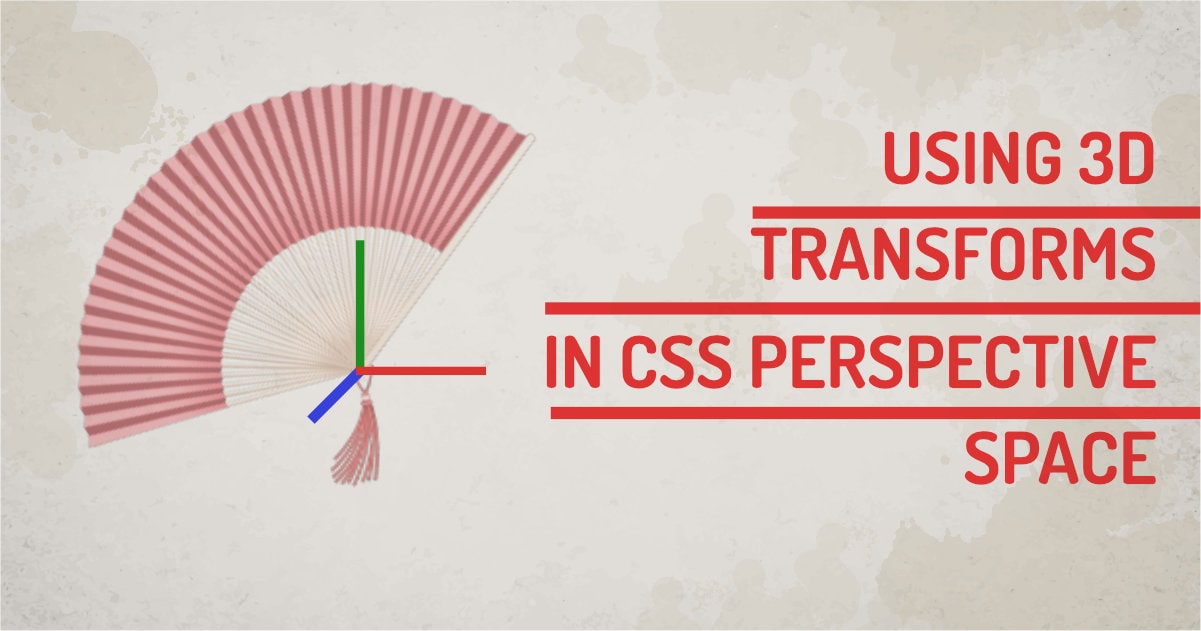 Using just a touch of 3d can make your UI stand out from the rest. But the problem with the current CSS system is we have to do a lot of math and to do object placement in 3d space is not too convenient. Mainly because CSS is not a great way to 3d nor it was intended to be. The obvious problem here is how to use cs 3d transforms using perspective.

To use 3d perspective transforms on any object, you can use transform property and its values to manipulate, move objects in 3d space. How the individual objects will behave in a scene depends on the transformation of an object or parent and its transform origin. The key discovery of the article is to understand how transforms and transform-origin affect the object with respect to its parent in 3d space.

Value: Value for the transform can single or multiple be 2d or 3d functions. Let's have a look at both types of values.

We need a 3rd dimension to activate 3D. So we have to use any one of the below property values. We can combine multiple 3d properties separated by a space. We can use a combination of 2d and 3d properties to be used with perspective.

Values That does not affects CSS 3D Transforms:

Transform properties can have 2d values as well. But these values/functions do not affect perspective in any kind being a 2d transform in nature. So let's just pretend 2d transforms do not exist in our context. Values that can be used in conjunction with any 3d function are:

The basic transformation: translate, rotate, scale, skew can be done in 2d and 3d space using their respective functions. There are two factors that affect 3d view are perspective and transform-origin. Transform-origin property does not affect 2d translate function but all other functions are affected by the position of transform-origins. I have written an article explaining perspective-origin in my other article.

The transform-origin will act as a 2d point for the parent container element. All the child elements will inherit the same origin when performing its transformation. We can use nested groups using this principle and create complex geometry.

In the below example, we're using simple keyframe animation to apply 3d rotations to the object. You can move slider values to change the transform-origin and change perspective value.

Observe: when a transform-origin is moved, The rotation of the element gets affected. How it is affected is clearly visible in the example. The pivot point is the pinpoint from where the rotation starts.

If we turn off perspective, we can still see the Z rotation. But rotation in X and Y will give us an impression of element scaling in x and y-axis because there is no perspective.

In the example below, we're scaling the 3d object in x and then y directions. Since the transform-origin is on the top plane of the object. It will act as a pivot for scaling the element and its parents.

If we turn off the perspective, we can see the scale in the X and Y axis but without depth, scaling in the Z direction does not seem to work.

The translation is comparatively easy to understand because transform-origin has no effect on any of the translate functions. You can observe the example below.

If you move any of the sliders, it changes the perspective values and transform-origins but the transformations on the object are not affected by those changes. Because translations do not require any transform-origins.

If we turn off perspective, We can still see translation in x and y-direction. Z-direction will not work because there is no depth.

Skew does not have a 3d function but transform-origin behaves the same as scale on skew function. We'll use the same book demo and use skewX and skewY functions to skew the parent object.

Since it's just a 2d function, It behaves like any other 2d function (translate, rotate, scale). Skew can use transform-origin and manipulate the parent element in 2d space. The child element will inherit the parent.

Why this is so important to know is: To understand that, we can use 2d transform function on the parent with 3d child elements. Or combine 2d and 3d functions together to get the desired result.

How I can use CSS 3D Transforms in UI elements?

Most of the UI frameworks use CSS transforms to do part of UI like Tooltips, Input Validations, Dialog boxes, Navigation Items, Gallery Images, etc. If you master the art of perspective, With too little work you can get your UI a more modern feel. This is however subjective, So let me know if you're going to try Perspective transforms in your UI design?

Just because you can do too much for yourself, doesn't contribute your knowledge to the community. You must share, pass on the ideas and give back to the community. I started this blog to share the techniques and power I possess with the world. 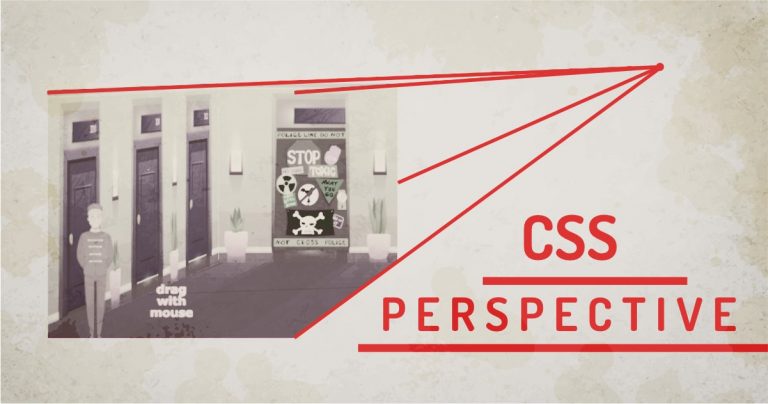 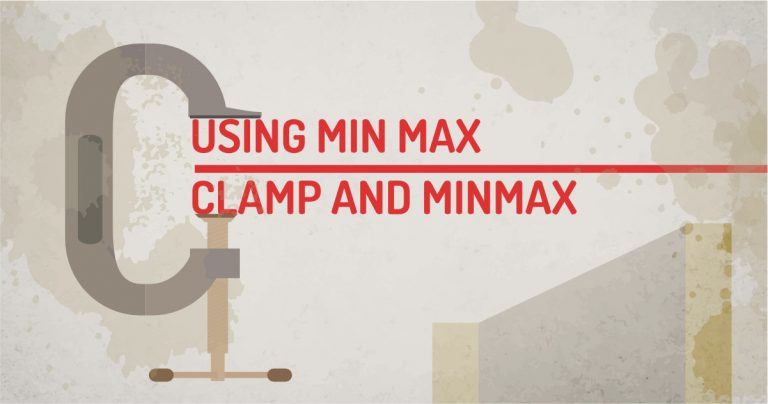 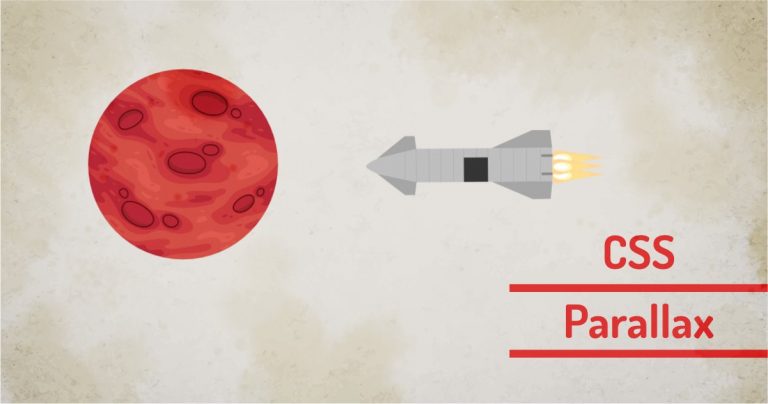 CSS Perspective can trigger the parallax effect when scrolling. This simple method can be useful for the creation of lightweight micro-interactions.